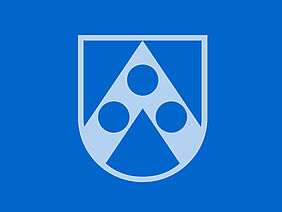 Wackersdorf, Germany, January 13, 2015 ..... The plastic specialist Röchling will expand its plant in Wackersdorf as planned. Community representatives in Wackersdorf voted during the public meeting today in favor of the plans to expand the current location and approved the necessary building application for this.

At the beginning of 2014, the Röchling plant in Wackersdorf was moved from the Wackersdorf innovation park to the new location and officially opened. It currently employs 125 employees and has more than 3,300 m2 of production space as well as 7,000 m2 of logistics and warehouse space. “As we reached capacity limits relatively quickly there, we recently began planning the expansion. We are delighted that the Wackersdorf council has now granted us the necessary planning approval,” said Robert Eimer, technical General Manager of Röchling Automotive Germany SE & Co. KG in Worms. The Company is investing a total of EUR 4.5 million in the expansion and is creating approximately 75 new jobs.

A 1,350 m2 warehouse is planned to be built by June 2015 on the recently acquired neighboring plots. In connection with this, Röchling Automotive is also planning an expansion of the existing plant: The production hall, including technical and social spaces, will be expanded by 2,500 m2, the logistics hall by 3,000 m2 and the loading/unloading canopy by 1,200 m2.

Thomas Falter, the mayor of Wackersdorf, expressly welcomed the planned expansions. “I view them as a sign of the attractiveness of Wackersdorf for industry and thank all those responsible at Röchling Automotive for this important pragmatic decision and trust in Wackersdorf as a location,” said Falter.

The expansion is due to multiple new orders Röchling Automotive has received from BMW. “In the future, we will be producing plastic parts in the underbody, engine compartment, air induction system, and air flap control divisions as well as air and water management for the BMW 5 and 7 series. This means we need to buy three new injection molding machines,” explained plant manager Karl-Heinz Blöth. A machine with a clamping force of 2,300 metric tons, as well as one with 800 metric tons and another with 500 metric tons, will all be purchased. “We anticipate clear sales growth at the Wackersdorf site in the next four years,” continued Evelyn Thome, Commercial Manager at Röchling Automotive Germany SE & Co. KG in Worms. The new halls are planned to be completed by May 2016.